In case you’re wondering what my trippy headline is about, I suggest you watch the Badger Song*, and sing the headline along with the beat!

We continue where we left off, traversing from the land of beef to… more beef?

The Burger Joint is a newly opened…err…burger joint at The Atlantis. We were told there were two very important things to remember, about why this one is different: the Atlantis beef (which we saw at Seafire) and their french fries, which are special because they’re as home-made as you can get. They use real potatoes. What do other places use then (I’m genuinely curious)?

The concept of the Burger Joint is very simple, we were told. 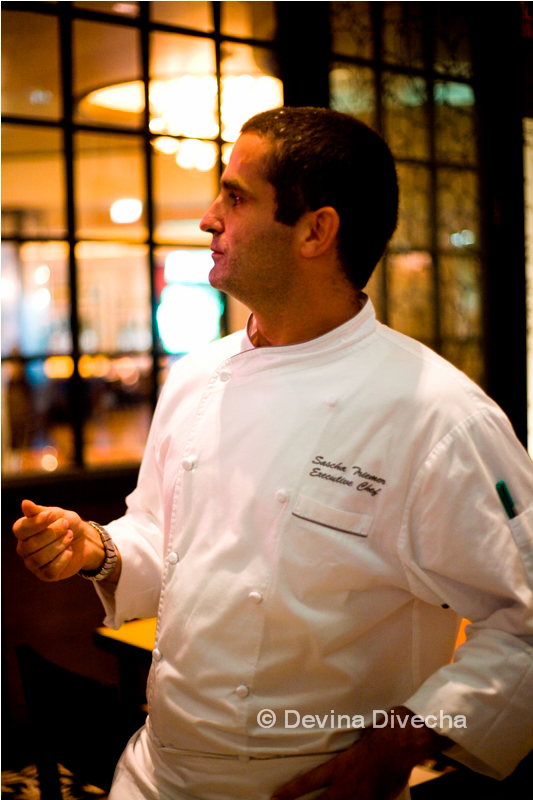 When we walked in, facing the wall with the black-and-white photographs is a tiled wall. This reminded me of the Thought Wall at Wild Peeta to be honest. It’s pretty much the same concept, where diners can grab a marker and write on the tiled walls. Pretty cool though

It’s a small space but I loved the interiors. But then, that’s to be expected. I’m biased towards anything red. 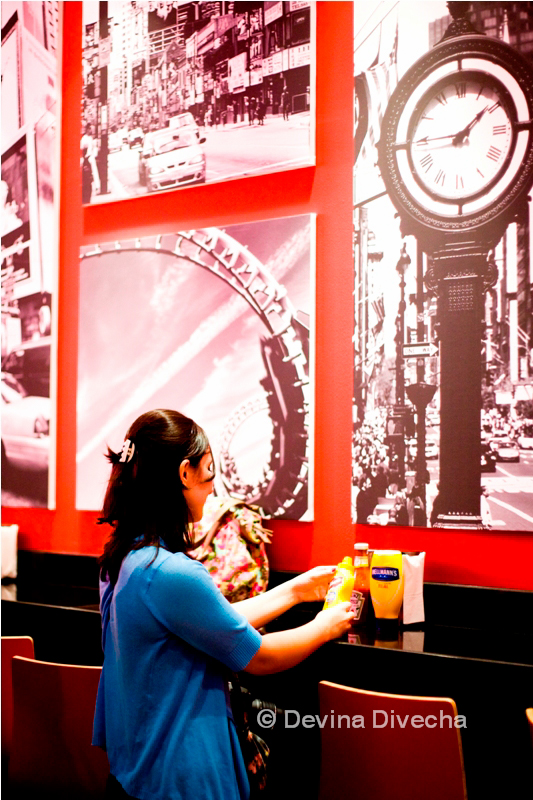 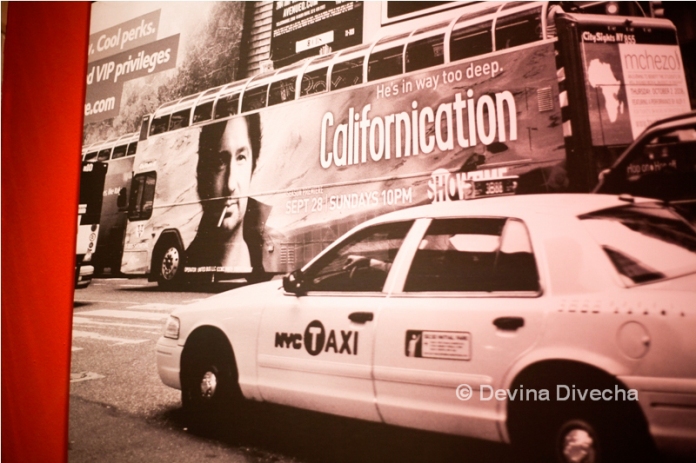 The lovely Yasmin from Red Panda Bakes posing for me.

And then the burgers came out, and all hell broke loose (Read: everyone clamouring to take photos first, before partaking of the beef-y goodness. That’s Sally again, the smartest – and bravest – of us all. She clambered up the chairs to get her perfect shot)! 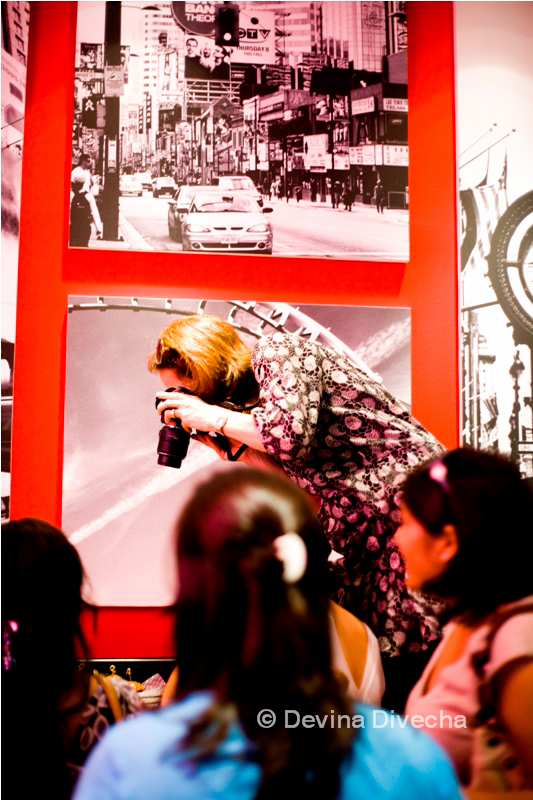 First out was The Cheesy. Yep, that’s what it’s called, and I do declare, those are some good burgers. The beef was excellent and the cheesy goodness was making my mind boggle, explode and reform again to repeat the same process. 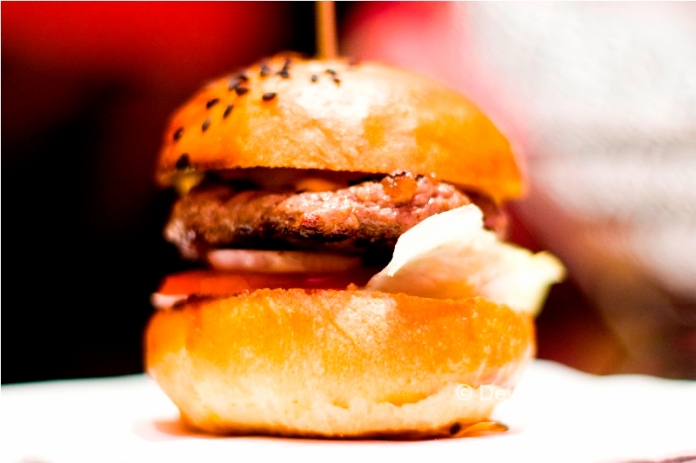 And the fries! You will see right away these are NOT fast-food fries. Very good, didn’t feel very oily. Had a nice crunch to it. Would have preferred them slightly thicker, but absolutely lovely little things. I love you fries.

Then the veg burgers came out. To be fair, I wanted to try them but they were gone faster than the beef ones! I can’t comment on how they tasted, so here are a couple of pics, and I hope those who did try will leave some comments about how they were.

Then there was Old School, which was basically The Cheesy without the cheese. Still good, but I preferred the cheese burgers to this.

Finally we saw the Rooster Booster, which was the chicken burger, which I actually did not like very much. I’m not sure why, but I think TBJ does their proper beef burgers so darn well, it’s a shame to not have those, in favour for the chicken, or perhaps even the veggie (although, as I said, I have no idea what the veg burger tasted like).

And they even gave us dessert! Chocolate milkshake, though, it was hard for us to make out that it was a chocolate milkshake. It looked white! (Not being racist here, don’t get mad!) But there was a very slight hint of chocolate, but definitely not overpowering. 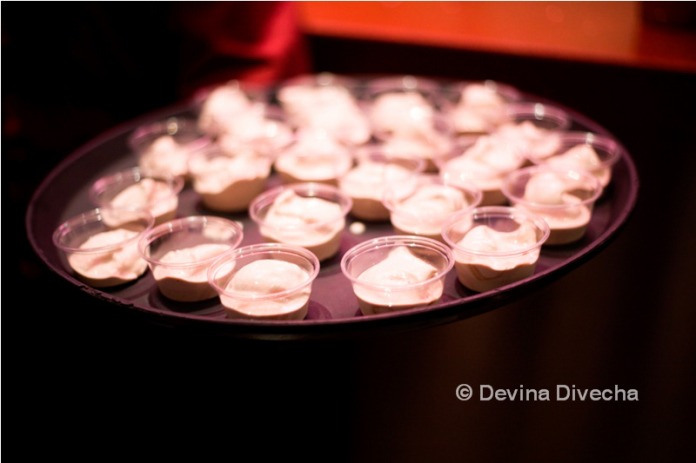 So there it ended. With the sweet taste of chocolate, milky goodness. 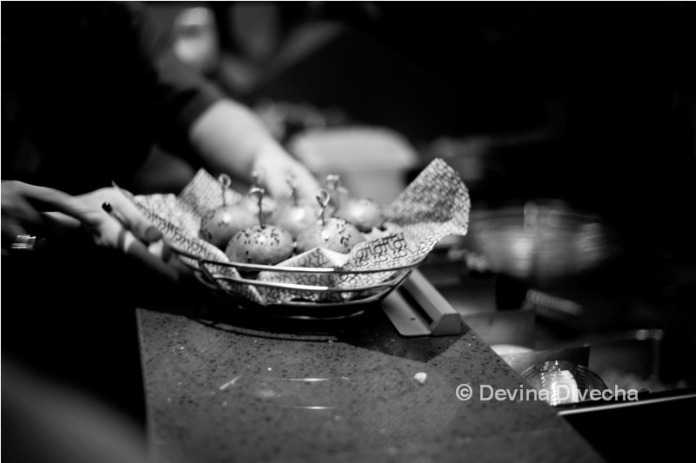