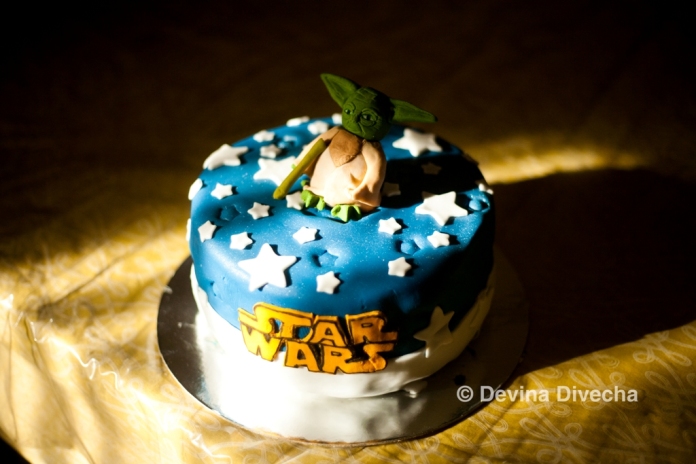 It was my 25th birthday this past Friday (March 2) and I had no plans – which was a first for me.

I just want to thank my friends for not listening to my insane desire to be anti-social that day. Ringleaders Shruti and Wajiha organized an immensely well-executed surprise birthday party (code named “Devina’s D-Day Do”) – which included this fantabulous Star Wars themed cake created by Sahar Latheef Rahman.

A blue cake with stars, a near-identical logo and an extremely detailed Yoda (down to the bags around his eyes) … I was in seventh heaven. Helped that it tasted really good too (guess who even had birthday cake as a dinner substitute the next day?)!

This wasn’t the first time I’d encountered Sahar’s work. When a surprise birthday party was organized for Shruti late last year, I asked Sahar to create a Twitter cake, which I thought came out really well. 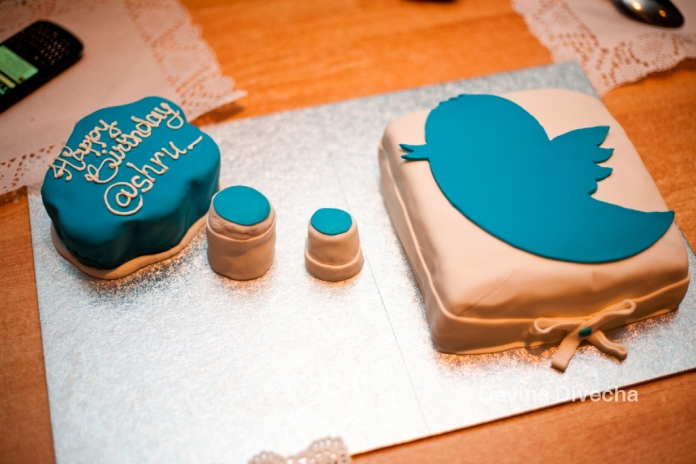 She’s quite creative and passionate (it shows in the detailing of the cakes) and I don’t hesitate to recommend her if you’re on the lookout for themed cakes, which are affordable and delicious to boot.

Thanks again to Shruti and Wajiha for organizing, and everyone else who showed up (in alphabetical order, because I can be OCD like that) – Anastasia, Ayub, Ben, Gurvinder, Hannah, Karla, Mali, Paul, and Yasmin – I love you all very much 🙂

6 thoughts on “Getting themed and customized cakes in the UAE”