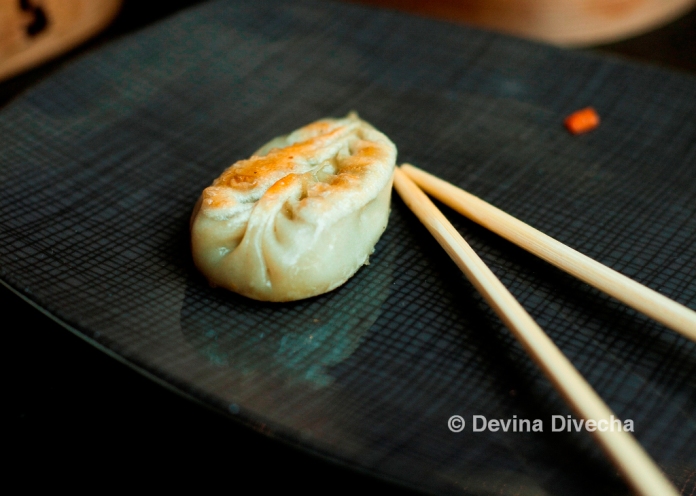 The dim sum that reminded me of Yeerks. High-five if you know what Yeerks are.

I’m not a fish person (or a vegetable person, but that’s another story), so it may come to a surprise to many that for the last few weeks I have been partaking of seafood, with no qualms whatsoever.

For example, just last week I returned to the quirky Smiling BKK and could be found putting whole prawns in my mouth, pulling at the crispy tail once I was done sucking and chewing on the meaty bits.

Another development in the last few weeks is the increase of my Thai food and dim sum intake. And so one Saturday afternoon, I allowed myself to be dragged to Da Shi Dai by a new-found food enthusiast, John Bambridge (also known as the person-who-has-been-making-me-eat-more-fruits-and-vegetables-lately-than-I’ve-ever-had-in-months). I was told there existed an all-you-can-eat brunch from 12-4pm (both Fridays and Saturdays). 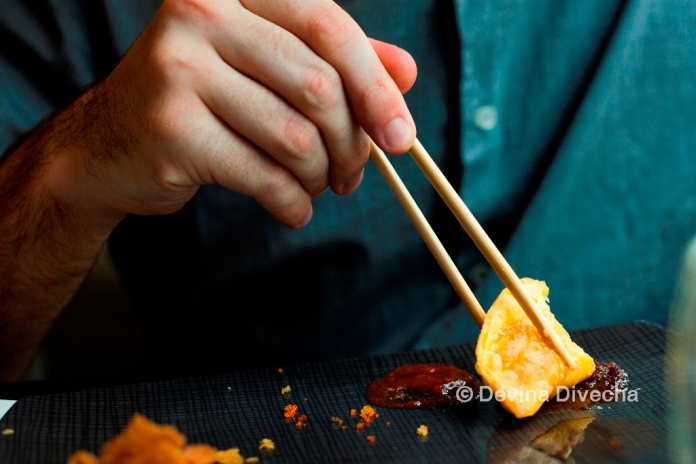 I can eat a lot. Right? Right?

John can scarf down a lot of food – more than any other person I’ve ever had the fortune to watch eat at a restaurant – and even he felt full at the end. That’s how much food we got. And I know, you’re thinking: “It’s an all-you-can-eat…surely you can control how much you eat!” Well, yes, but even the initial portions at Da Shi Dai were more than generous, which means if you want to try everything it offers (And you do, natch), you will end up feeling like an over-stuffed roly-poly dim sum yourself. 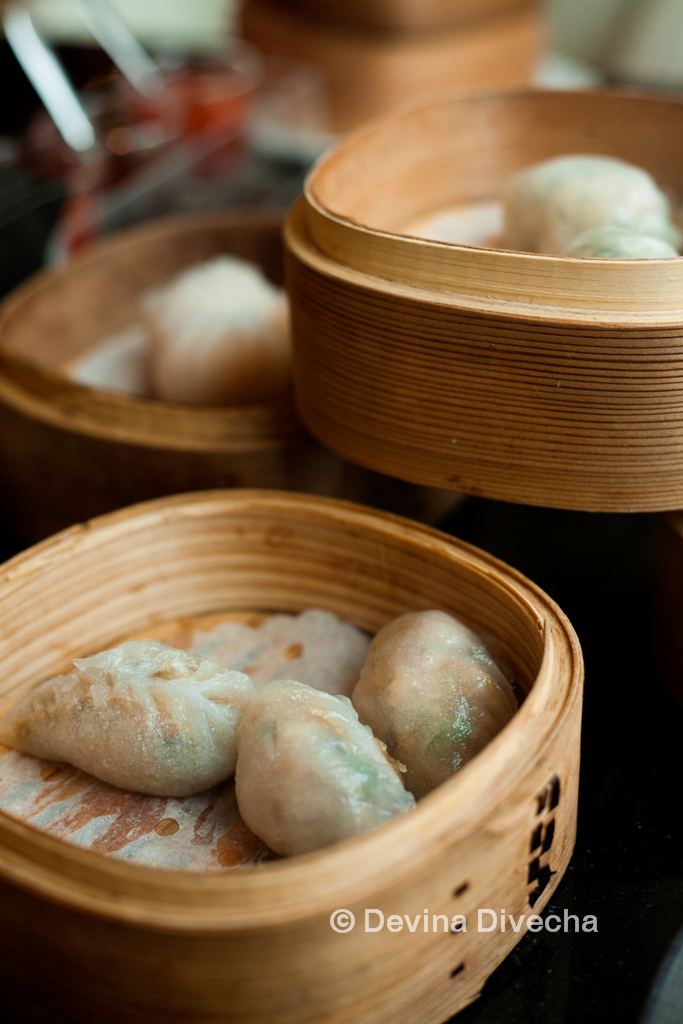 So many to get through!

The staff suggested they get one item of each from the brunch menu, and we agreed. Jasmine tea is free with the all-you-can-eat carnival, so we kept getting that refilled throughout the time we were there. 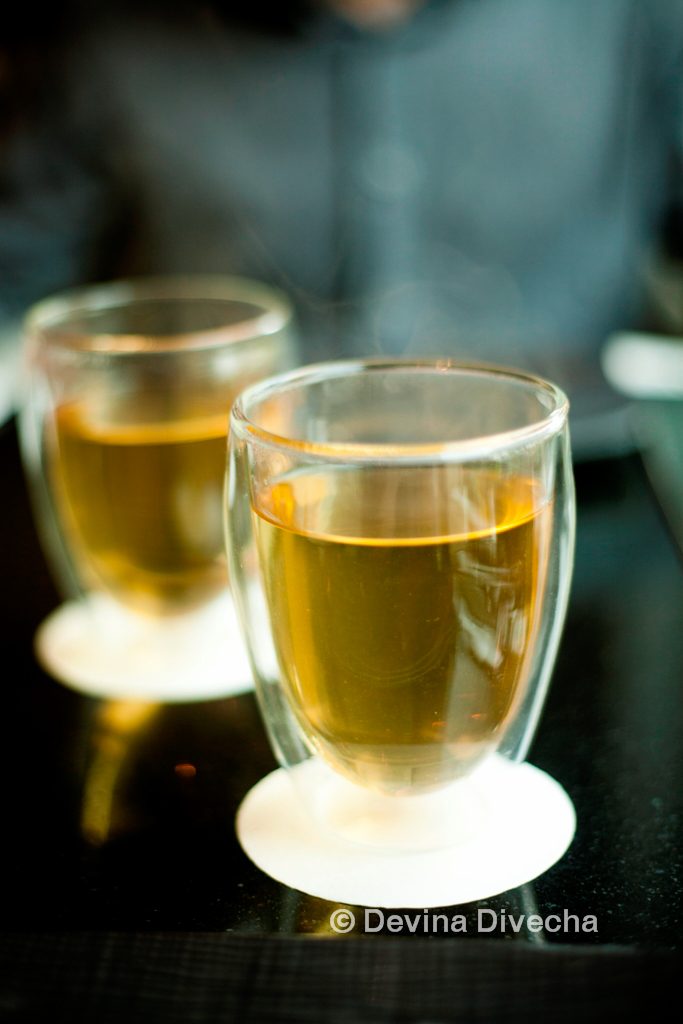 The dim sums arrived. And it’s weird – I’d seen the brunch menu and realized there was a lot of food incoming – but when I actually saw the steaming bamboo baskets of sticky fare placed on our table, I genuinely wondered if I could eat it all. 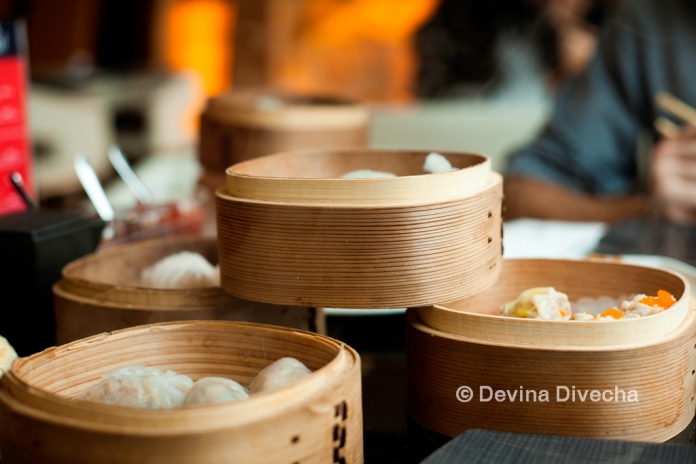 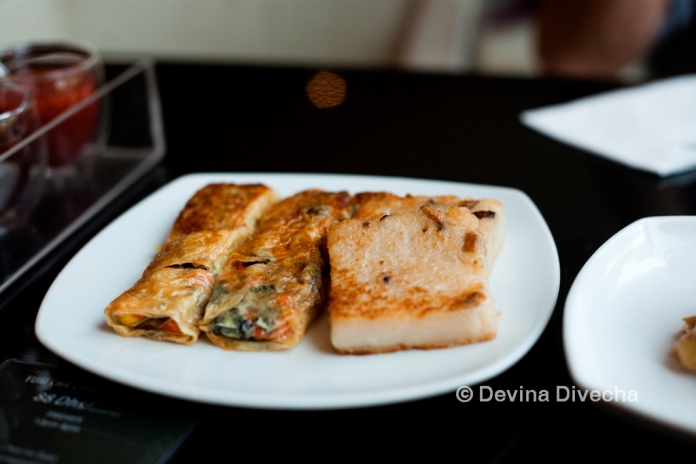 The dim sums were pretty good, and better than quite a few I’ve tasted across the city. I’d tasted Da Shi Dai’s dumplings at Taste of Dubai 2012, and hadn’t particularly been wowed at that point. But on second try at its restaurant, I’m quite happy to recommend it.

Also…bang bang chicken? I have no idea why it’s called that, but bangin’ it was. 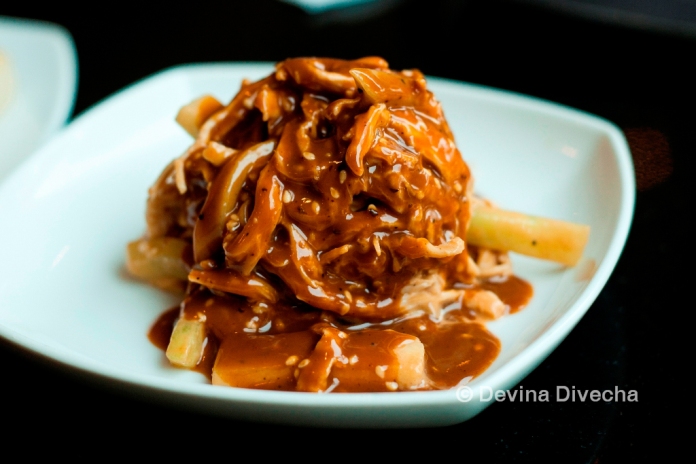 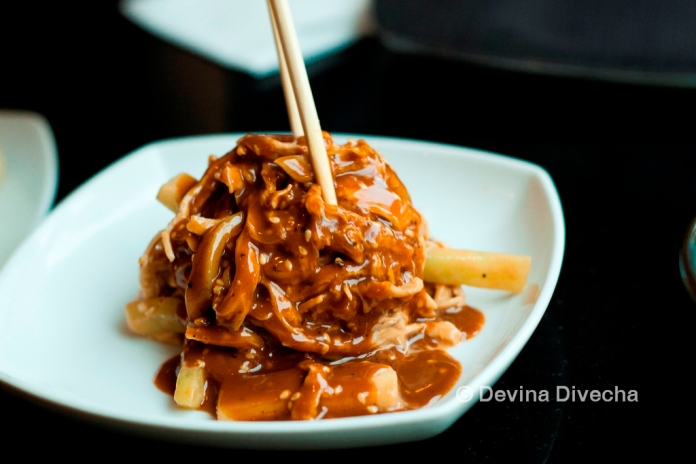 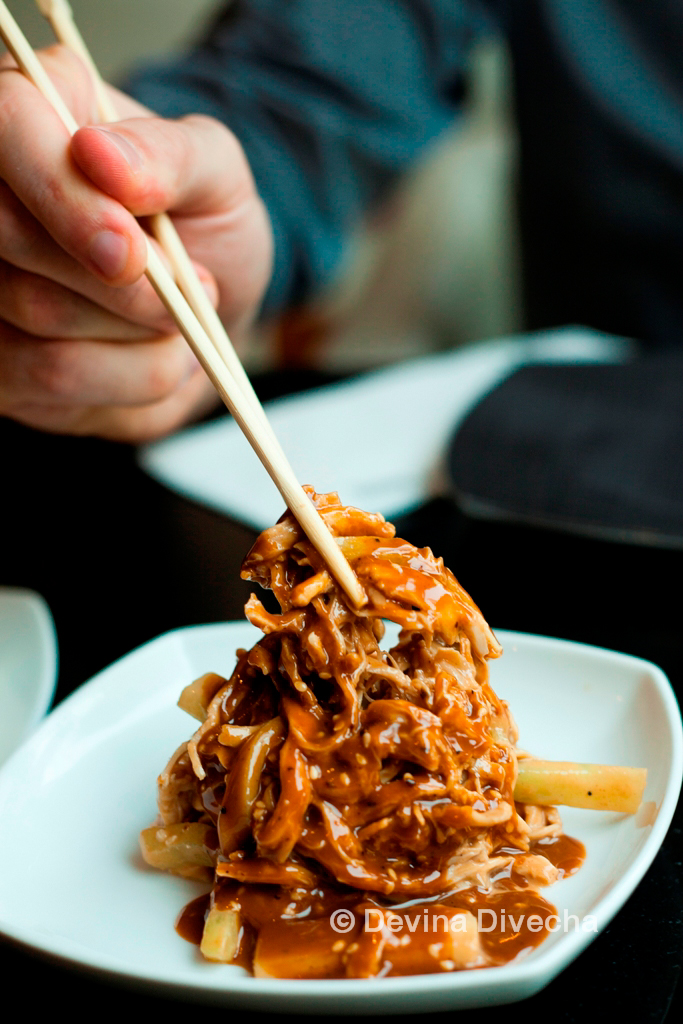 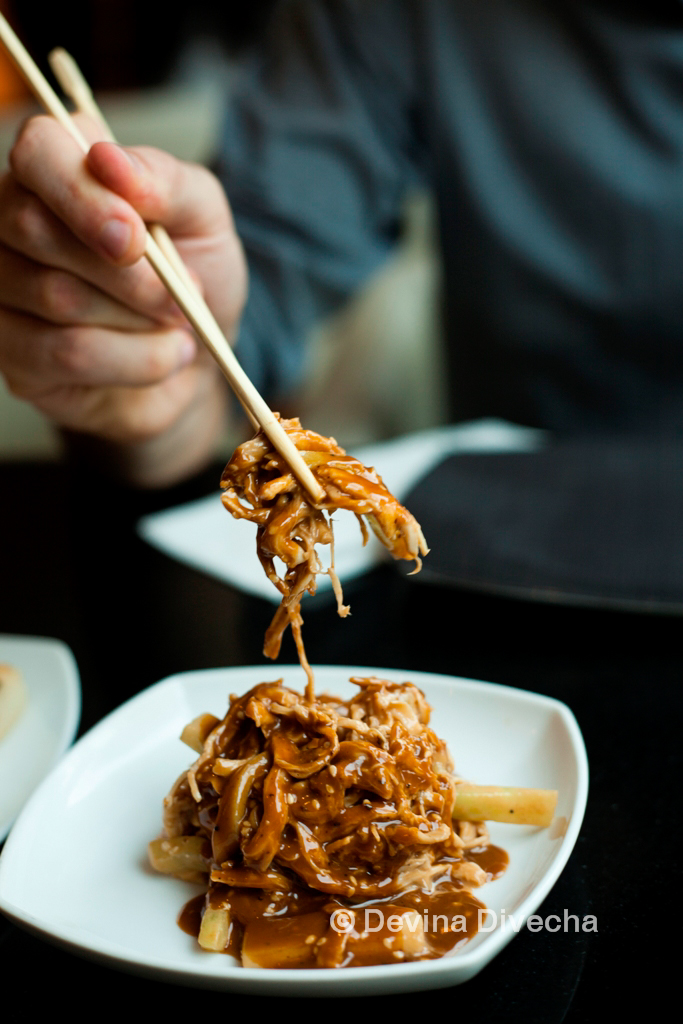 Chicken with a bang.

I actually felt absolutely awful by the end because I was so stuffed that I was unable to try the Lotus leaf rice (糯米雞 lo6 mai5 gai1) … it looked really pretty and for some reason, made me think of how lembas looked in the LOTR movies, when wrapped in leaves. I need to try it when I go back (oh yes I’m going back). 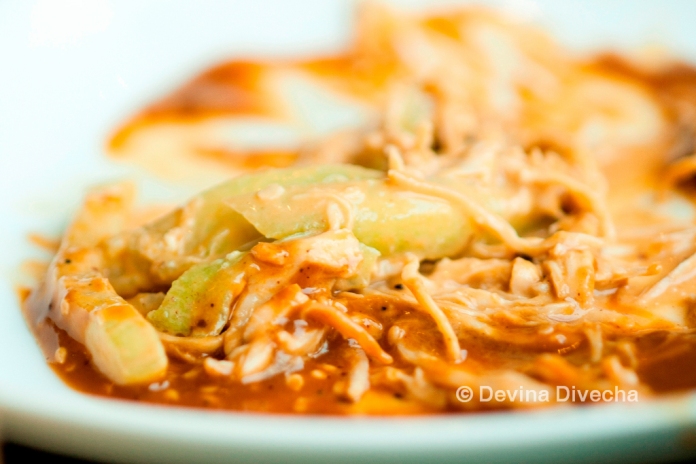 There was also a revelation of sorts, which I now feel extremely stupid about. There I was, munching on my second helping of chicken siu maai, when John, knowing my earlier avoidance of seafood, said he was surprised I was eating the siu maai considering the eggs on top. 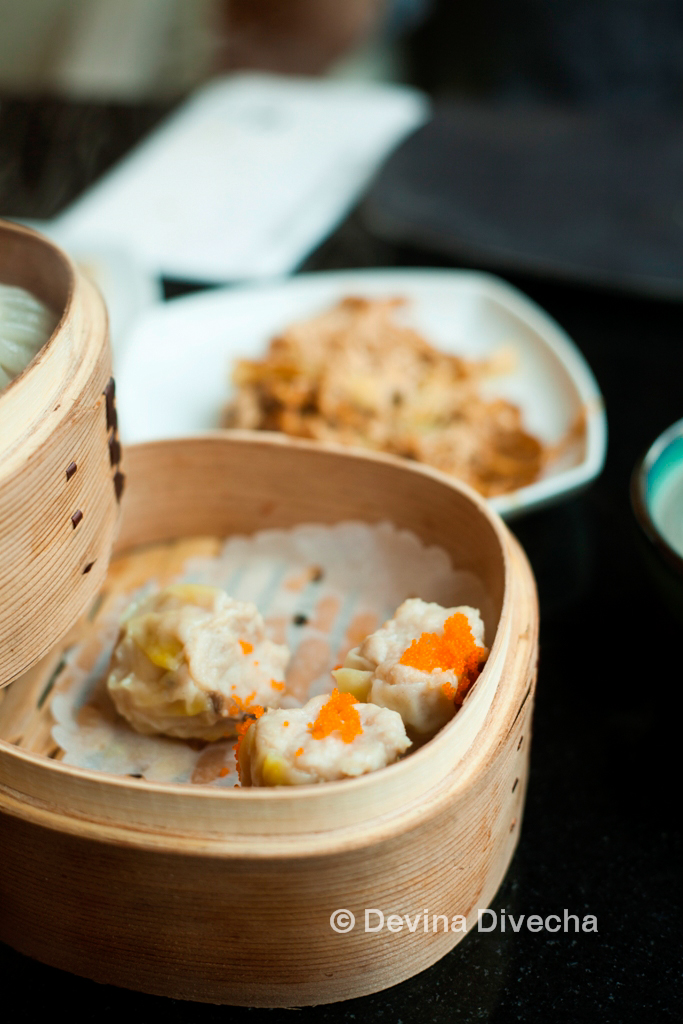 Remember: the orange balls are eggs.

Turns out those pretty orange balls were eggs. Seafood-y eggs. When I did a bit of Googling later, I found they were probably crab roe. “What did you think they were?” he asked, while laughing at me. In my defence, we have LOADS of little balls in Indian food and I didn’t think any of it. Whatever…I still like the siu maai.

So we did order seconds, but just of three baskets. But there were still some items left on the table, which I felt quite guilty about. Since it’s an all-you-can-eat, you can’t pack items you’ve been unable to consume, so my advice is to make sure you don’t waste any food. 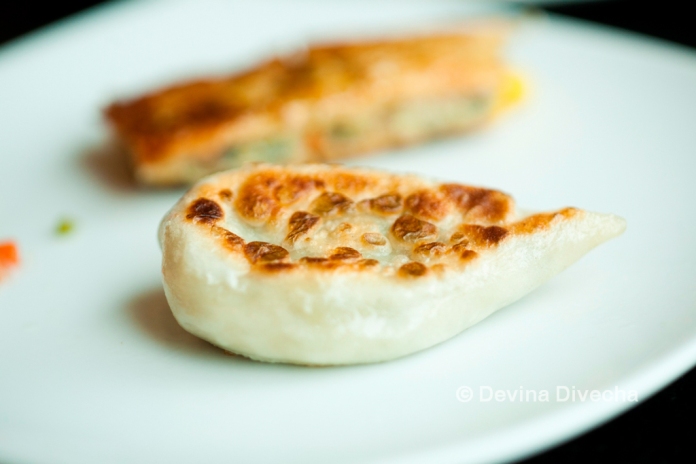 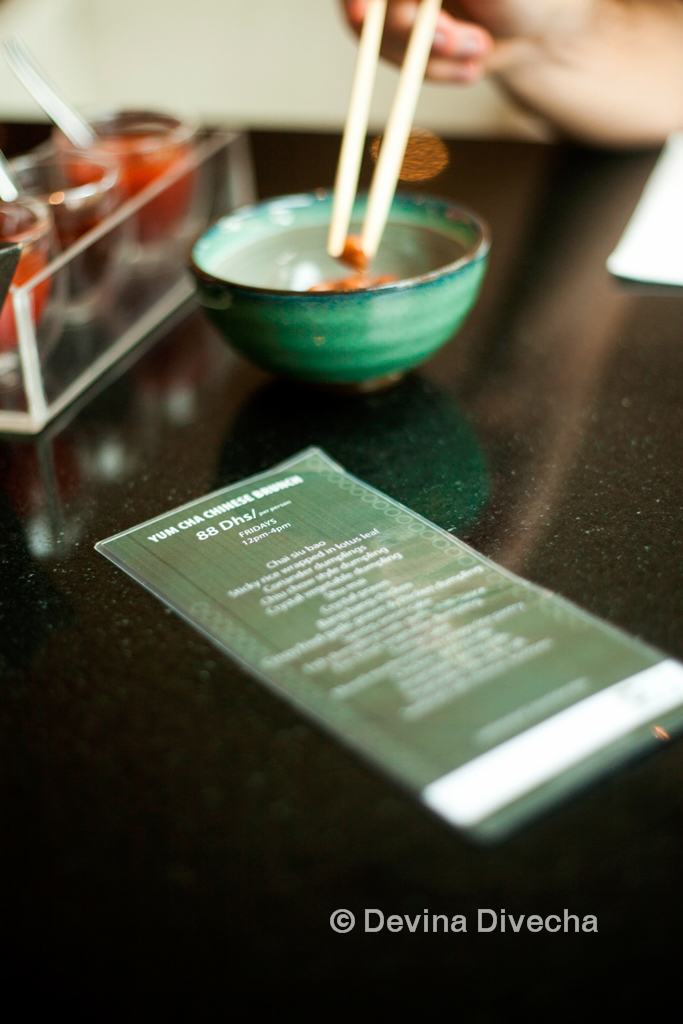 It’s fairly simple to get there as well…just at the right turn to access JBR’s The Walk.